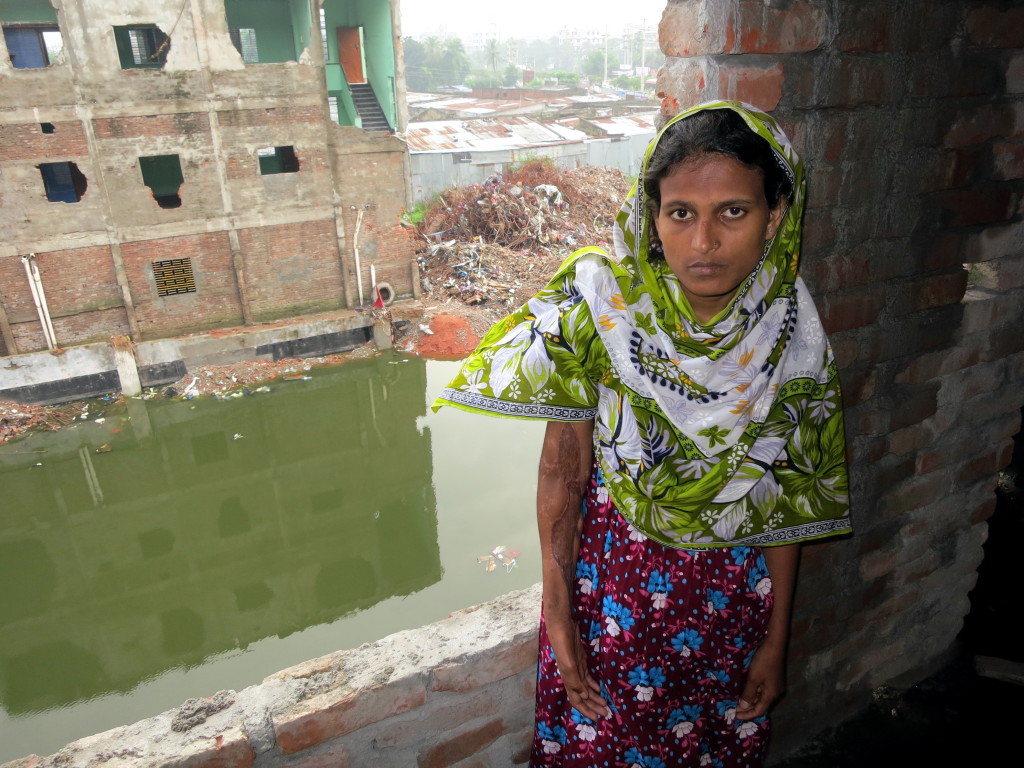 DHAKA – Six months after the worst man-made disaster in Bangladesh’s history, safety conditions in garment factories have a chance to improve. But not the lives of survivors or the victims’ next of kin.

On Apr. 24, the collapse of Rana Plaza factory building took 1,133 lives of mostly female workers. The disaster was too big to ignore. The unprecedented scale of the tragedy shocked people the world over, many of them dressed in clothes made in Bangladesh on request of giants such as Tesco, Carrefour, Benetton or Walmart.

Today, the site in the Dhaka suburb is enclosed by a barbed wire and metal fence covered with banners. ‘How long do we have to wait for compensation for the death of our parents ?’ asks one.

What was left of Rana Plaza can be seen from the top floor of a neighbouring building. Debris has been cleared, but the bodies of two cars stick out of a vast pool of mud water.

“They were parked in an underground garage,” Hassan, one of the volunteer rescuers told IPS. His team, he said, took some 400 people out of the rubble.

A survivor, Hasina, pulled her scarf up showing a deformed right arm with extensive scars.

“That day I came to work at 8:30. I heard from my colleagues about the cracks in the wall. We did not want to enter the building, but the supervisor forced us,” she told IPS. “Then the power was gone and soon after it happened.”

A piece of the ceiling pinned Hasina down. She was rescued the same evening. Today the young woman can barely move her hand, and is unable to work.

She is undergoing rehabilitation. Treatment is free, but she complains that commuting by rickshaw costs 20 taka each time – an amount that adds up.

The Rana Plaza tragedy resulted in an outpouring of commitments from governments, local and global institutions, groups and individuals.

According to some reports, each family of the deceased and seriously injured received up to a million taka – but IPS did not meet anybody who got anything close to that amount.

The compensation was paid mostly by the government of Bangladesh. Irish retailer Primark (one of the brands whose clothes were produced at Rana Plaza) paid a short-term allowance of 16,000 taka (200 dollars) to each victim, in what unwittingly made Primark the most recognisable brand in Bangladesh.

Long-term compensation is still under negotiation. The bad omen was that in a September meeting on this issue organised in Geneva with the support of the United Nations International Labour Organisation (ILO), only nine of the 29 companies that ordered production at Rana Plaza were present.

With 3.6 million people working in the garment industry, Bangladesh is the world’s second-largest clothing exporter after China. About 60 percent of exports go to Europe and 23 percent to the United States. The minimum wage for a garment worker is 38 dollars a month, though after a massive street demonstration recently, an increase is imminent.

Yet the survivors are far from blaming the West for what happened at Rana Plaza. Usually they do not know which brand made an order for clothes they were sewing.

Abdulrahman, who lost his wife Sharifa in the collapse (he got a total of 136,000 taka, or 1,700 dollars, in compensation plus a rickshaw from local NGO Karmojibi Nari), does not even blame the owner of the building, since “he did not order the factory owners to place the power generators on the upper floor instead of on the ground floor.” It was the generators’ vibrations that caused the collapse.

Abdulrahman blames only the factory owners, who along with the building’s owner Sohel Rana, are under arrest, awaiting trial.

What penalty is appropriate for Sharifa’s death? “I don’t want the manufacturer to be hanged. A life sentence would be enough. And he should apologise,” the mourning widower said.

“Foreign clients should not avoid responsibility, even if the workers’ imagination is too narrow to blame them,” said Dr. Khondaker Moazzem of the Centre for Policy Dialogue in Dhaka.

According to the researcher, who co-authored the report ‘100 Days of Rana Plaza Tragedy’, the compensation paid to the victims so far is too small. “According to some independent calculations the injured workers should get an average of more than two million taka.”

Families of the missing are in the worst situation. So far, 332 workers have not been identified or found, and their relatives are in a limbo, with no right to any compensation.

For the garments industry, Rana Plaza seems to have been a wake-up call. Six months on, new deals to improve safety of the workers are in place.

One is called ‘The accord on fire and factory safety in Bangladesh’. It was signed (under pressure from customers and public opinion) by more than 100 retailers and brands, mostly from Europe. Before the end of this year they plan to start “independent” inspections at about 1,600 factories used by them.

In another measure, employees will be trained to exercise their rights, including the right to refuse entry into a building considered unsafe.

‘The alliance for Bangladesh worker safety’ has been set up, and 23 brands, mostly from the U.S., have joined. This factory safety deal is seen as less rigorous than the other accord because its signatories are not legally bound by their commitments, and it is not linked to unions or workers’ rights groups.

Not least, the government in Dhaka and the ILO, with the backing of the British and Dutch governments, have launched a 25-million-dollar plan to provide technical expertise for building and fire safety assessments in the country’s garment trade over the next three-and-a-half years.

Amid doubts on the supply of professional and incorruptible inspectors for the job, individual brands have already inspected more than 500 factories themselves.

Since the Rana Plaza disaster, the authorities in Bangladesh are more sensitive to any breach of safety rules and are keen to close unsafe factories as never before. The manufacturers themselves prefer to do that rather than to risk a new tragedy. The BGMEA has so far inspected 620 plants and ordered the closure of 20.

Everybody in Bangladesh agrees that such a tragedy must never be repeated. But the way ahead is far. Three weeks ago, a fire ripped through the Aswad garments factory in a Dhaka suburb. Ten workers died. 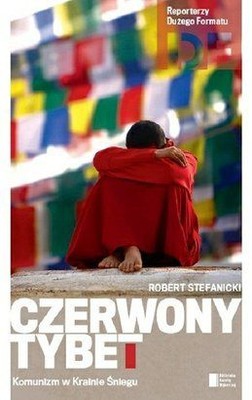